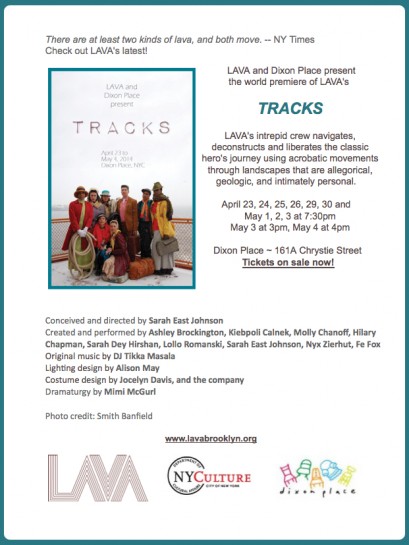 That’s So NY stopped by an AOB tech rehearsal and I gave a short interview.

There’s some beautiful b-roll of Dipika Guha’s The Art of Gaman, and you can catch the feature on PBS throughout March – as well as right here any time you want.

The Architecture of Becoming

The 15 hottest theater artists in NYC bring you this evocative theatrical tapestry. 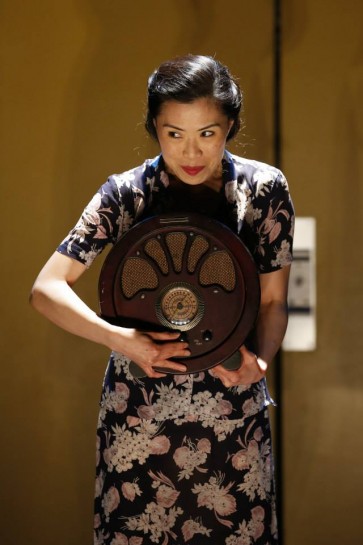 A lost postcard, the ghost of an opera diva and the siren call of the City. Erupting from the shadows of New York City Center, expect history and mystery in this world premiere production.

Up and running until March 23rd

Check out some clips from the show in the latest trailer!

I’m Producing Artistic Director of an engaging/engaged festival of new works – hope you can join us!

After a busy summer that included directing readings and workshops of HARMONIOUS PIMPS, HAMLET and FILL OUR MOUTHS in NYC and Deb Salem Smith‘s FAITHFUL CHEATERS for Trinity Rep in Providence, as well as devising a new work with McCarter Theatre‘s Conservatory in NJ, I’m looking towards next season.

Very excited to be back in development with uber-talented playwright Lauren Feldman on her bilingual play FILL OUR MOUTHS.  Below are some shoots from our first week working with an incredibly adventurous and inspiring company.  We’ll all reconvene at the end of the month to continue working.

I’m elated to announce that I will be joining LAVA as their General Manager.  LAVA is Brooklyn-based dance company that combines  acrobatics and theater into their adventurous and often high-flying work.  With fourteen years of rigorous artistic and organizational growth, international touring and critical success behind them, I’m thrilled to be taking LAVA to even new heights.

If you missed our recent show at BAM, which the NY Times called “tender and primal,” check it out here.

And, sign up to keep up with shows and events here. 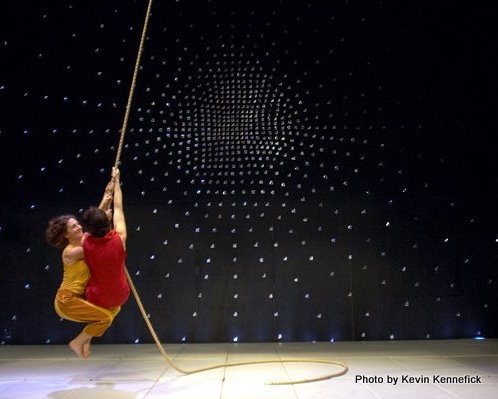 New Plays for the Brooklyn Museum This Saturday

I’m thrilled to be directing new plays by Bekah Brunstetter and Kara Lee Corthron for the Brooklyn Museum this Saturday, May 4th.  The plays are inspired by the Sargent paintings now on view and will play in the galleries themselves, on loop, from 7 – 9pm.  Click the image below for more details, and come check us out!

Collapse, Spring Break and Women in the World Summit

Spring break for NYC public schools could not have been timed more perfectly.  While my residency classes are off enjoying a well deserved break, I’m diving into COLLAPSE.  We head into tech next week – get your tickets here!

And, especially thrilled to be representing the Women’s Project at the Women in the World Summit this year.  Innovators and revolutionaries from around the globe sharing knowledge and inspitation.  And Hillary and Oprah will be there, of course.